Leadership Lessons From My Dog, Diesel

My dog Diesel has a new obedience trainer. He just started the other day. The first thing he
said to me was, “This is about leadership training.” My first thought was, “Awesome! This I
know something about.” My second thought was, “Hey, why I am paying this guy $100 an 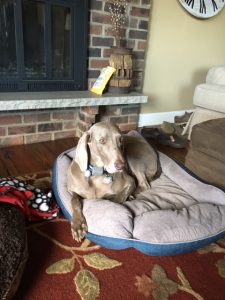 Ever feel like some of us humans lead like dogs? We put ourselves in front and we take first and we beat people up who don’t do exactly what we tell them. Check yourself: ask a friend to evaluate your leadership, maybe even ask other people for you. Do people feel uplifted by your leadership or beat up? Have them give you people’s honest feedback and be humble; listen and make changes if needed.