My wife Angie wrote this blog post on Friday and I liked it so much I want to share it with you.

When I walk into a meeting, I know exactly what to expect. It doesn’t matter what the meeting is about…if I know who is in the room, I know how its going to go. Meetings create this context where everyone seems to take on a certain role – the talker, the interrupter, the pouter, the nay-sayer, the comic. It can easily become the place where we live out our most destructive roles. Old habits die hard, but here are two ideas to prevent this:

1. Lay down ground rules.
Ultimately, teams can tend to treat each other poorly in meetings. So talk about what it means to be a team player in a meeting; listening takes priority over talking, and all input is valuable. Also, deal with the problem of tangents before they start. Tangents can bring death to a meeting, and drain the vision right out of a team. Start meetings by asking permission from the team to be able to say “tangent” every time they get lost. It will signify an end to that particular discussion and signify a change in direction.

2. Change up the meeting structure.
One of the reasons that teams fall into the same roles during meetings, is that meetings are run the same way. So, change up how you run meetings. Meet in a different place. Bring someone in to tell their story about the effect your ministry is having, rather than reminding the team of the mission. Use a resource – a chapter of a book, or a movie clip – to focus your team on a topic, rather than simply stating it. Changing the meeting structure will help your team break out of bad patterns and encourage creative thinking. 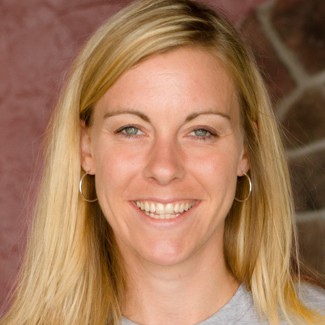 Angie Franklin is the Director of Operations at LeaderTreks and has worked in youth ministry since 2000. She loves serving youth workers who are in the trenches by providing them with practical resources. She is a graduate of Moody Bible Institute and now lives in West Chicago, Illinois with her husband, Doug, and their dog,…  Read More