Regardless of which of these two camps, or the many in-between, you find yourself following, there is one universal problem that plagues most student leadership models… the number of opportunities made available.

If you lean more on the volunteerism model, you can only have so many volunteers. You can’t have ten kids standing to greet. The reality is that they will probably just clump up and socialize amongst themselves or worse yet look like an intimidating gang blocking the door.

If you lean more towards the “fundamental part of the program” model, similarly, you have only so many roles that can be filled by students. In my youth ministries, I have believed students should be in peer-lead small groups but that means I only need 6-8 students each year.

This is the issue that plagued my last youth ministry. We had a goal to have 25% of our students involved in Student Leadership. We had about 25-30 students who were involved, but I only had 6-8 roles. Everyone was getting training and opportunities to participate, the vast majority of students felt like they didn’t know what to do because there wasn’t a role.

I would tell them “You’re a student leader, just get out there and talk to people, help out and be involved.” No matter how often I said those words it didn’t sink in.

I switched tactics and told every single student involved in leadership that I wanted them to do one single task every week. Every student leader needed to be willing to speak first in their small group each week.

That’s it, that was the big challenge. I just wanted them to be willing to break the ice each week in their Small Groups. If you have been around Youth Ministry for more than a month you know that students do not like to speak up in Small Groups. They seem to avoid it like the plague…until someone else talks first. As soon as that ice is broken it’s a floodgate of conversations, drama, discoveries, and memories.

1. Stepping out of your comfort zone:

Part of being in leadership is being willing to be a bit uncomfortable. It’s that feeling you get when you go in the opposite direction that everyone else is traveling. Small Groups is the safest place to practice stepping out of your comfort zone. If you can do it at youth you can do it at school.

2. The Great Commission applies to all:

The reality is Matthew 28:16-20 does not have an age limit or criteria on it. It’s abundantly clear that this is a calling to ALL CHRISTIANS. To be willing to speak first it’s the last verse that matters the most, “…and behold, I am with you always, to the end of the age (ESV)”. Jesus makes a promise that He is always with us no matter what. It’s Jesus that gives us the strength to step out of our comfort zones.

You should speak up in Small Groups because this is your place to belong. It’s your community and you will only find depth and life in your community if you’re willing to be vulnerable and step out… so you might as well be the first one.

These three things are good starting points but my best advice to help get student leaders to speak first in their Small Groups is through persistence and prayer. You need to keep championing what you’re looking for from your student leaders every single week, not just once a year. You also need to be praying that God would open up opportunity in their groups. Once they start they won’t look back, trust me, it’s the getting started that’s the hard part. 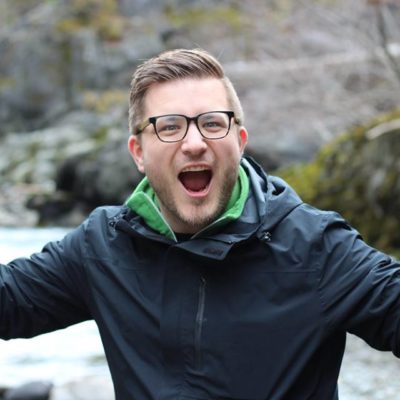 Jesse Criss is the founder of Fresh Ministry Consulting, a ministry that exists to help pastors, leaders, and churches get the tools they need to impact students with the Gospel of Jesus. Jesse got his start in youth ministry at the age of 18 and now has more than 20 years of experience in youth ministry. His…  Read More