You *Can* Turn Students into Leaders. Here’s How. 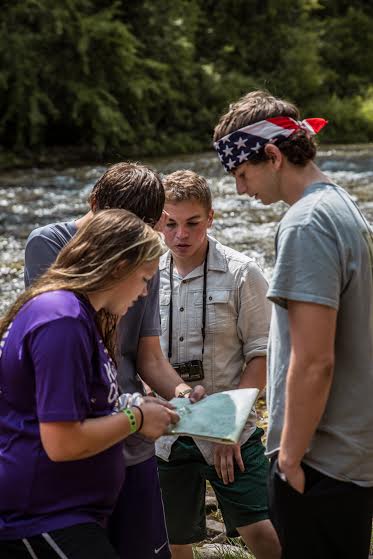 Standing waste deep in freezing cold water, I knew we were in trouble. It wasn’t water trouble; it was leadership trouble. On this backpacking trip, Peter and Lindsay had the responsibility of getting our team 30 miles through the Alaskan wilderness. Every night we had a designated camp where we had to stop. From where we stood, two mountains and a major river stood between us and camp. So far Peter had been meticulous at picking the route, and under his leadership we were safe and dry. But now he had turned the map over to Lindsay, who had only one thing on her mind: getting to camp as fast as possible. Lindsay reasoned that the quickest way from point A to point B was a straight line. After 20 minutes under her leadership, we stood in a swamp.

Standing in the water, I gathered the team around and asked a simple question: “How did we get here?” One of the quieter students piped up and said, “We gave the map to a doer.” She was right. Peter was an intense thinker. He carefully plotted out our every step. Lindsay, on the other hand, was a doer. She just wanted to get where she was going. The change had spelled disaster for our team.

I asked the students another question: “Do we need Lindsay?” The answer was a very quick “yes.” We needed Lindsay because of her heart, commitment, dedication, perseverance, and ability to motivate the team. I explained to Peter and Lindsay their value to the team. I then asked the team, “Where is the best place for Lindsay?” They all agreed, in the back. From the back, she could encourage those that were struggling, and she could use her perseverance to move the team forward. We were all pleased to give the map back to Peter.

Every student leader needs a mentor or guide who won’t antagonize them for their mistakes, but will help them turn mistakes into wins. I filled this role for Peter and Lindsay by helping to turn this disaster into a teachable moment. If you’re reading this, you’re probably one of these people too.

The second thing I had going for me was the place. You might think a swamp isn’t an ideal place for leadership development, but it was for us, and here’s why. Students need situations in which they can own leadership responsibilities and make decisions that lead to success or failure. That map gave Peter and Lindsay ownership. The simple task of navigating put them in a leadership laboratory.

Decisions that have real consequences require student leaders to get serious and take more risks. This will mold your students into better leaders. As leadership mentors, we need to give students experiences in which they own the consequences. These experiences must be engaging and tap into students’ passions—not just the leftovers that no one else wants to do.

Third, Peter and Lindsay were working together. When student leaders work together, they naturally sharpen and challenge each other. Students feel like they can dream more and take more risks because expectations are higher and, after all, someone else is in it with them. Peers can challenge and stretch each other’s leadership potential in ways that adults never could.

When developing student leaders, put more than one student in charge. When students are paired up or working in teams, synergy is built between their ideas and their actions. Intangible growth takes place when peers lead alongside other peers.

The three building blocks to great student leadership development are people, places, and peers. As youth workers, we need to be intentional about putting these building blocks into place. Are you and your adult volunteers mentoring students as leaders? Do your students have a leadership laboratory in which they can own their decisions? Are they working together or spread apart? These questions may be tough, but they’re vital when building your students into leaders.