Last Christmas our extended family gathered together around the Christmas tree to open gifts and celebrate the season. Grandma and Grandpa tried to keep things organized while each grandchild waited in earnest for their turn to open a gift. Paper began to fly as the kids grew more and more excited with each new present. Each expressed their thanks for what they had received. But then the merriment was interrupted by a fountain of tears: “I don’t want this toy; I want what HE got!” Parents were embarrassed and tried to contain the three-year-old’s heartbreak, but it was too late. Gift envy had struck again.

This scene is all too familiar, isn’t it? Whenever gifts are given, people become envious of what others have and are disappointed by what they received. It’s not just children who act this way. Whether it’s a new car, a promotion a work, or a wonderful bouquet of flowers on Valentines Day, our opportunities for envy and jealousy are endless.

As Christians, we receive specific gifts from the Holy Sprit, spiritual gifts. And sadly, gift envy strikes here as well. Rick Warren explains spiritual gift envy like this: “Gift envy occurs when we compare our gifts to others, feel dissatisfied with what God gave us, and become resentful or jealous of how God uses others.”

If you’ve been a leader in ministry for any length of time, you’ve no doubt seen or experienced gift envy to some degree. People with gifts that keep them “backstage” often long for the attention and praise given to preachers and worship leaders. Those who are terrible at administration or leadership often long for the recognition and authority strong managers and leaders get. The possibilities for gift envy are endless in any ministry situation.

Gift envy does some terrible things to ministry teams, especially in church leadership. Here are a few ways I’ve seen gift envy rear its ugly head and make a mess of a leadership team:

1) Mimicking: Instead of using their gifts and playing to their strengths, individuals begin mimicking the strongest or the most popular leader. They try to preach like them, talk like them, and lead like them, but it doesn’t work. It’s inauthentic and turns people away. Instead of being themselves, mimics ignore their God-given unique qualities and cause frustration and angst on their team.

3) Dwindling Trust: When members of a leadership team envy each other’s gifts and aren’t comfortable using the gifts God has given them, trust evaporates. Instead of collaboration, leaders form silos. Isolation and protectionism set in, and performance slides. Gift envy dwindles the trust needed on a high performing team.

Gift envy sounds pretty bleak, doesn’t it? Don’t worry; there are ways to protect your team from this horrible fate. Tomorrow, I’ll tell you about the three best defenses against gift envy and how they can save your leadership influence and your team. 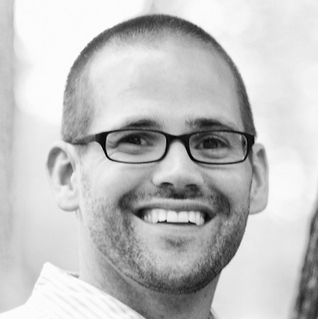 John Vandervelde serves as the Executive Pastor of Glen Ellyn Bible Church in the Western Suburbs of Chicago. He and his wife, Kari, have been married for 15 years and have five children. When he’s not at the church or chasing his kids around, John enjoys running, biking, and competing in triathlons.