A Mile in Your Students’ Shoes

The power of empathy isn’t a new idea: 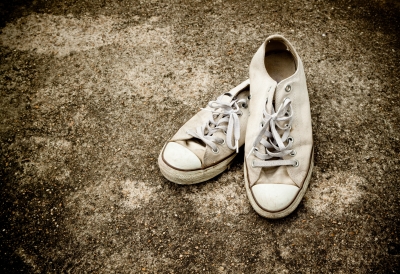 “Seek first to understand, then to be understood,” –Steven Covey
“Be quick to listen, slow to speak, and slow to become angry …” (James 1:19).
“Nature has given us two ears, two eyes, and but one tongue—to the end that we should hear and see more than we speak.” –Socrates

Young people—perhaps more than any other age group—covet empathy. They melt when someone really listens. They bristle when we don’t. Simply put, if we listen, they listen. If we don’t, they don’t.

Why are we so afraid to show empathy to students? Why do we rush to speak, to be heard, to make our opinions known? Why don’t we truly engage?

I’m not sure, actually. Empathy is one of the greatest forms of argument. It’s one of our greatest “weapons” in debate. But I wonder if it has something to do with fear.

Maybe we’re afraid that if we give a little, they’ll ask us to give up everything.

Maybe we’re afraid that if we admit our own vulnerabilities and questions, it will only fuel theirs.

I, too, feel these concerns. It takes careful maneuvering to wade into the swamp of doubts and questions and challenges without sinking. It takes prayerful contemplation and nuanced reflection to engage the deepest parts of an adolescent heart. It takes patient consideration. It demands a thick skin and a sensitive heart.

It’s much easier to stand firmly in our corner and explain why we’re right. But that doesn’t work.

To be clear, I’m not suggesting we reexamine our convictions every time a 16-year-old asks a question. Nor am I saying that we give up on ultimate truth, or that we never say what we think. That’s all rubbish.

But I am saying that we must journey with our students. We need to strap on our boots and our mud pants and wade into the muck and mire of adolescent thinking and morality. This takes patience. It takes listening. It takes showing that you really understand, you really get their argument. And then it takes gentle prodding and redirection.

You’re in your best position to create understanding when you can explain their side better than they can.

You’re in your best position to share your thoughts when you’ve fully heard theirs.

You’re in your best position to stand against when you’ve first stood together.

You’re in your best position to be heard when you’ve first listened.

As a youth pastor, I often play the role of “translator” between parents and students. The interesting thing is, both sides have the same complaint: “They never listen to me!” And it’s true as they sit in my office. Neither adults nor young people tend to listen well. I think it’s up to the adults to take the first step.

And if we do, we’ll find it changes everything. We won’t always get our way—this isn’t magic. But, it does feel magical when a student’s defenses drop, their ears open, their body posture changes, and they begin to really listen. That’s the secret power of empathy.

How have you seen empathy (or lack thereof) change a situation?

The LeaderTreks Blog is proud to share the hard-earned wisdom of student ministry leaders from many different backgrounds and professions. From time to time, we will feature guest blog posts from writers other than our regular contributors. We include these posts to provide additional perspectives and insight that we’re sure will help develop you and your ministry…  Read More