What to Say at Your First Student Leadership Meeting

Never underestimate the power of the first student leadership meeting. In this first meeting, we set the tone, clarify expectations, and communicate to students what’s going on and why it’s important. Much of the success of our year can hinge on this singular, introductory meeting.

So let’s boil it down. What do we need to say to start things off right?

First things first, we’ve got to cover what we’re going to do; we’ve got to tell students what they’ll be leading. Students come into leadership with all kinds of wild ideas. They may see themselves as the new, primary decision-makers for the youth ministry, or they may envision themselves as some kind of youth ministry “celebrity”. (Let’s just say that we’re better off not to leave them to their imaginations.) Perhaps your focus is service, and your student leaders will be in charge of leading a monthly service project. Maybe you’ve chosen to split your student leaders into smaller teams and place each team in charge of a different aspect of the ministry. You might be unveiling leadership labs for the first time. Regardless of your setup and structure, don’t assume that your student leaders know the plan. Take time to communicate what they’ll be doing.

“It’s our job to tell students that they should be equally concerned about who they are and what they do.”

Most students think more about what they do than who they are. That’s why we’ve got to discuss the kind of character we want our student leaders to possess and model. Leadership always requires a balance of doing (tasks) and being (traits), and even in this first meeting, it’s our job to tell students that they should be equally concerned about who they are and what they do. Consider communicating a specific character code or asking students to abide by a standard of conduct. You might even identify three or four character traits that each of your student leaders should commit to live by. In one of our Leadership Training Events, we teach the HOW this way: “Nobody wants to follow a jerk.” By bringing attention to this side of leadership early on, students won’t be surprised when it remains a focal point throughout the year.

Too many times it’s the WHY that gets left out of our student leadership meetings. Yes, most of us make a point to talk through a mission statement or highlight a couple of key goals, but to truly communicate the WHY, we need to say more. We must communicate to students how we want to see God work IN and THROUGH them as they lead. For example, we want to see them grow in patience, compassion, or risk-taking. And we believe that God will work through them to welcome new students, promote change in the community, or influence their peers to grow closer to Christ. When talking through the WHY, get as specific as possible. Imagine that you’re painting a picture of how things could look when they finish this particular season of leadership, and highlight what could be different as a result of their learning to lead.

As you kick off another season of student leadership outline what your students will be working on, share how they should lead, and tell them why it’s important in the long run. When you communicate WHAT, HOW, and WHY, you can be sure that you’re setting students up for success. 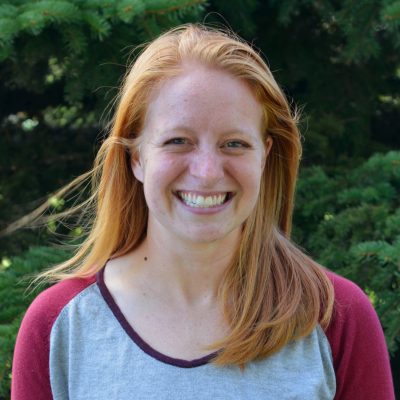 Taryn Phiri grew up in various states across the East Coast and the Midwest, but now she and her husband, Jerry, are happy to call Glendale Heights, IL their home. After studying International Development at Calvin College in Grand Rapids, MI, Taryn served at LeaderTreks for many years as a trip leader and training coordinator….  Read More