The Real ‘No Spin Zone’

There is a news channel talk show program with the tagline The No Spin Zone. This tagline communicates an ideology of, “the truth, the whole truth, and nothing but the truth.” Whether or not the anchor of that program actually avoids spinning the truth, you’ll have to decide on your own. I imagine most of you will agree, spinning the truth to benefit our purposes is not only narcissistic, but it is also a sin (Prov. 6:16–19, John 8:44, Prov. 12:22).

One of the keys to healthy leadership teams is creating and sustaining environments of truth, as prickly as it can be. None of us actively set out to create teams in which difficult truths are twisted or swept under the rug, but it happens more than we’d like to admit. And often, it comes from a place of care and concern.

We don’t want to squelch someone’s enthusiasm when they share an idea we know won’t work. Or we want our team to be excited about the impact of an event when, in reality, it was a major flop. Or maybe we’re embarrassed by the waste of resources over the last year but don’t want our budget cut, so our staff report isn’t exactly honest with how those resources were used. There are hundreds of reasons to bend, obscure, or spin the truth when dealing with our student leaders, volunteers, and staff teams.

Still, while we should always be conscious of others, withholding our honest beliefs about an issue is seldom in the best interests of the team or its individual members. The same is true for honestly communicating the facts about our areas of responsibility. Distorting the facts to cover is only temporary. Eventually, the truth will come out (Prov. 19:5).

“Ultimate failure is an unwillingness to be honest.”

Typically, people are much more apt to allow for failures if we are willing to admit them early. If something is not working out as we had planned, saying, “It’s coming together . . . just a bit slower than anticipated,” is nothing more than a smoke screen. It leaves a false impression, rather than simply admitting the truth, cutting our losses, and moving on.

Failure is part of success. Initial failures are expected outcomes of seeking success. Ultimate failure is an unwillingness to be honest. That goes deeper than telling outright lies. So commit to making your ministry a true No Spin Zone. 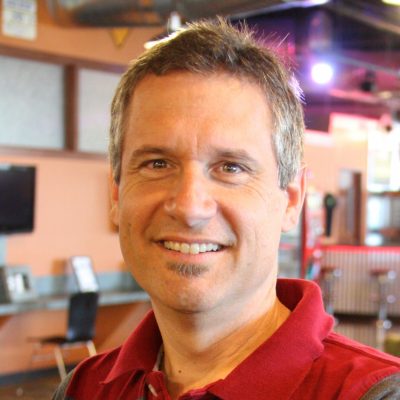 Tim Downey is an Associate Professor of Youth Ministry, specializing in the areas of discipleship and leadership at Moody Bible Institute in Chicago, Illinois. For 30 years, Tim has served the Christian community as a youth pastor, missionary, college professor, and international speaker. He and his wife, Kaye, have three daughters and one granddaughter. Tim…  Read More