How have you taught students about prayer?

For the longest time, I never understood why students wouldn’t follow through with challenges that I gave during my messages when it came to prayer. I felt like I was making it super easy for students to stick to their commitments when it came to spiritual disciplines. I set up resources, provided accountability, and gave them constant reminders.

I did this for quite some time until I finally realized that students, just like everyone else, learn most effectively by doing, not only by hearing. I’m not saying that all those things aren’t important, I’m just saying it’s not enough. I’ve preached many sermons on prayer, but in actuality, prayer isn’t something that’s taught as much as it is caught.

To be transparent, I learned this lesson by experience (or failure to be even more transparent), but now knowing this, and looking back at how Jesus did it, I can see that Jesus “taught” his disciples the same way. He gave them an example in Matthew 6, and said, “Pray then like this” (Matt. 6:9, ESV). Then, he prayed. He just prayed. He simply gave them an example by doing it instead of talking about it, and let them catch the rest themselves. He prayed publicly on numerous occasions in front of them. I would even venture to say that they probably learned more from hearing and watching Jesus interact with his Father (which I bet, knowing Jesus, he did in front of his disciples on purpose), than from his “Lord’s Prayer” example.

Sure, students’ first prayers can be brutal to hear at first (praying for animals, a test they didn’t study for, their ex-boyfriends to get cheated on, I’ve heard it all). They may not even be completely “theologically 100% correct.” The point is, let them try, let them fail, let them feel awkward praying in front of you, or people, or other students and encourage them to do it when they’re by themselves. In reality, most students know and understand that prayer is important. They just need to see an example of someone living it out, very often, and be given a chance to figure it out for themselves.

Our student ministries should be laboratories. God has called us to create safe places where students can watch how we do it (including watching us fail sometimes) and then try it themselves. As they do so, if they blow some stuff up along the way, it’s a laboratory, and that’s what we are here for. The truth is that the best thing we can teach students when it comes to prayer is that no one is perfect at it, including us, and becoming more comfortable talking to God takes time because it’s a relationship. So as youth pastors, leaders, and examples, we have to show students what it looks like to at least try. 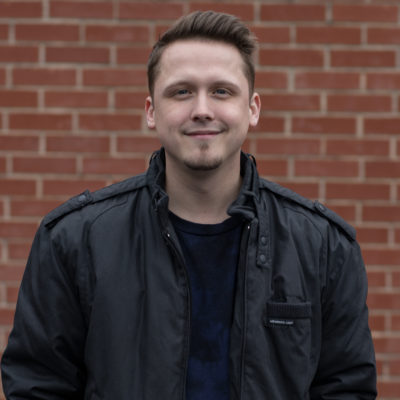 Derrick Brown is the student pastor at Impact Church, a church that exists to see broken hearts healed, hope restored, and lives changed. Derrick got his start in youth ministry at the age of 18 and now has been in ministry for over 10 years. His heart is to see students have a real relationship with God,…  Read More