The art of developing people is a skill that requires you to push people to places they would not go on their own. Most people don’t wake each day and ask themselves, “What do I need to do to grow today?” Most people think about the least they can do to make it through the day. This is what makes people developers so special – they are rare and few. 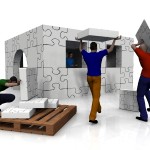 When we think about the process of developing people, there are two tools that are very important: spontaneous debriefs and teachable moments. A lot of people think these are basically the same thing, but in reality, they are very different. It is knowing the difference between these two tools that can make you much more effective as a people developer. Spontaneous debriefs are best used in groups to help teams reach their potential. Teachable moments are best used with individuals when making a connection between their actions and their values or pointing out a disconnection between the two.

Spontaneous Debrief
Jesus was the master of the debrief. We see Him use this tool many times as he worked with his disciples. Remember in Luke 10:1-20 when Jesus sent his followers on a mission trip? When they returned from their assignment, Jesus sat with His disciples and debriefed the experience. Jesus knew that His followers would face these trials again; debriefing the experience now would help them in the future. We must do the same with our student leaders. When they have a leadership experience, we must be intentional and set some time aside to debrief the experience right after it has happened. That way, the team can grow and move forward.

Teachable Moments
Using teachable moments is a skill that we often think is just for the old, wise youth worker. You know, the mythical youth guy who can just look at students and figure out all their problems. True, using teachable moments is a skill; however, I believe that it is a learned skill. A teachable moment is that rare time when something happens in a student’s life that a mentor can use to teach that student about him or herself. It is usually so powerful and profound that bands play and lights flash when it happens. OK, maybe I have gotten carried away, but I know that the best moments for me in youth ministry have been when I have been able to teach students about themselves through their own actions.

When we are with a team, we can debrief and use the learning to motivate new growth. When we want to challenge a student to personal long-term growth, we use the opportunity for a teachable moment. When this difference is understood, both of these tools are effective and important in the process of developing people.